Bastille Nation tells the story of an attempt to reform the French prison system, resulting in the passing of a penitentiary law at the end of 2009. This law had been ten years in the making, and was presented as the culmination of the modernization and humanization of the French prison system. The law was challenged by political parties, unions, associations and human rights groups. Yet, despite this opposition, the prison administration went about recovering its position of expertise in the face of this vocal criticism.

Unresolved points of conflict still exist and continue to shift. The persistence of activist groups, official authorities and opposition parties has allowed prisoners to continue to challenge the system. By contributing to the study of the various means by which prisoners make demands and subjectify themselves, this book also recounts the history of prisons on the outside as well as on the inside, casting light on both the juxtaposition of voices and their unequal power relationship.

“…In Bastille Nation, Bérard and Chantraine have produced a very rare thing: a book that combines political passion, meticulous empirical material and the intelligent use of penal and social theory. Unusually too, it takes the reader on a tour of different levels of analysis, from penal politics to the prisoner experience, and from inside the prison to the institutional siblings, social pathways and political forces that determine the lives of the prison’s inhabitants. It is a real tour de force”.

“…What is striking, and what Bérard and Chantraine bring out with admirable clarity and passion is the insistence by prisoners on their dignity and that they be treated as human beings and as citizens of the Republic.”

James Scott, Sterling Professor of Political Science, Yale University and author of The Art of Not Being Governed

“…an emancipatory text which breaks down the prison walls and gives voice to the incarcerated, presenting them as political subjects rather than as offenders or criminals.” 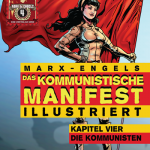